Review of book "The Boy In A Dress" by Siddharth Sharma


Review : Here is my review of the book ‘The Boy in a Dress’ by David Walliams.
The story starts with a family of three – Dennis, his elder brother and their father. Dennis is very different from others, in fact from the whole place. He even likes a girl, Lisa, who is two years elder to him. He once gets detention (for the first time) but it turns out to be a good thing as he meets Lisa there. He finds her doodling some dresses which he really loves. Did I mention he bought a Vogue magazine just because he liked the dresses they featured in it? He told her that her drawings were beautiful and that he loved dresses. The next thing he knew was that he had agreed to go to her house on the weekend.
When Dennis went there they talked about the Vogue magazine and Lisa realised that he liked dresses – a BOY WHO LIKED DRESSES! Lisa forces him to wear one and as soon as he does that Lisa suggests putting on some makeup just for fun. Now from saying OK to that it went on to fooling everyone in school by pretending to be Lisa’s exchange student from France – the two of them take-off on a fun ride! One of the best parts was telling the French teacher that her accent was really bad! But all good things come to an end and so did their prank. Dennis finds his friends playing football and when it lands right next to him he is in a fix – should he kick it, should he not? Does he kick it? What will happen if the principal finds out who he really was? And will he be suspended for wearing a dress? I loved Dennis. Not because he was the main character but because he didn’t shy away from wearing a dress just because he was a boy. He boldly did what his heart told him to do! The story was not the ‘hilarious good’ or ‘adventure good’. This book was good in its own way, it had a unique plot and a satisfying ending. It was just perfect! David Walliams was born on 20th August 1971 which means today he turns 47! I think he is a very good writer and his writing beats Enid Blyton! He has written many books for children and has also received five awards for his writings. The book can be read by anyone above seven years because the vocabulary is a bit difficult considering seven year olds. It is an easy and good read, especially if you want a very good story with some new thoughts. I am going to give it 10 out of 10. 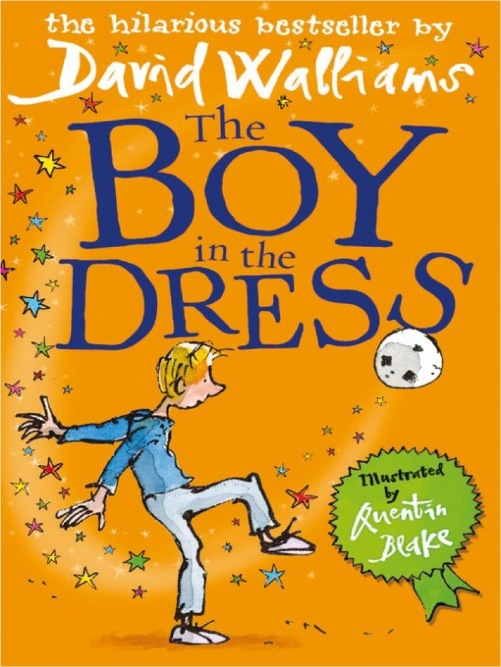